For all intents and purposes Socialism is dead. As a force in Israeli politics it has completely evaporated. Those still paying it lip service have shown themselves as disingenuous. The Labour party, a shell of it’s former self, remains nothing but a whorehouse for cynical opportunists. Meretz, experts at self marginalization, manage to alienate their potential base by identifying themselves mainly with the well meaning and well off residents of Tel Aviv. Hadash have still to come to terms with the fact in the absence of a better solution, for Jews to have come to the conclusion at the end of the 19th Century that they require a nation state, still makes sense in the 21st century. In doing so, they ensure their irrelevance. Have I forgotten anyone?
So what do I mean when I say Socalism; in short, recognizing that we are responsible to one another, that here are certain public goods that should be managed for the benefit of all. These include utilities, public transport, distribution and management of public lands, services such as education and job opportunities. Privatizing any of these has never made any sense to me. We are well on the way doing so for all of these. We spend so much time in our air-conditioned cars, offices, apartments by ourselves that we no longer know how to interact with someone different from ourselves. We forget that we are our brother’s keeper.
I’ve never been much of a tree hugger but when I realized that environmentalism is essentially socialism, I signed up. Our nature reserves and public lands are public goods and should not be sold off to real estate developers with deep enough pockets. They exist for the benefit of all. We all deserve cleaner air and better public transport (if in London bankers can ride the tube with the rest of the crowd so can they here). People should be able to do more than just subsist on an average income. The food industry should not be allowed to poison us with the processed shit they push and claim not to be major stakeholders in the western epidemics of obesity, heart disease and cancer. The way we treat our environment is a reflection of how we treat our fellow man and in the end ourselves. All of these are fundamental positions within both socialism as I understand it and the green movement, making environmentalism the new socialism. 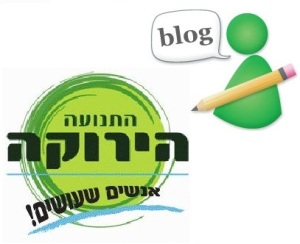 This entry was posted in Uncategorized. Bookmark the permalink.

3 responses to “Environmentalism is the new Socialism. Bram Spiero”